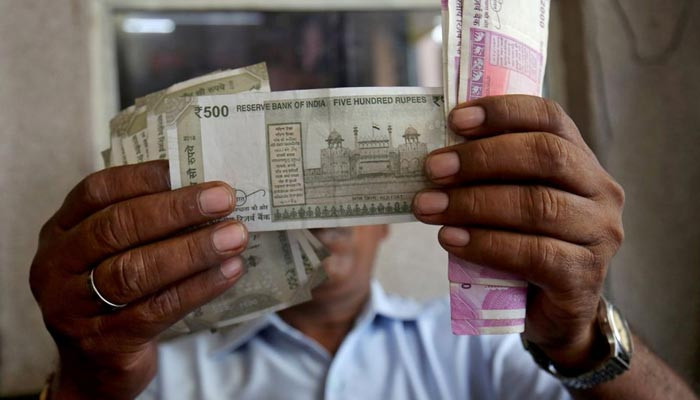 MUMBAI: India’s foreign exchange reserves fell to $532.66 billion in the week through Sept. 30, their lowest level since July 2020, the Reserve Bank of India’s (RBI) weekly statistical supplement showed on Friday.

The country’s reserves declined for a ninth consecutive week. They were $537.52 billion at the end of the previous week ended September 23.

The rupee breached the key 82 per dollar level on Friday, having weakened for four straight weeks, with traders saying the RBI had likely intervened occasionally over the period to arrest the pace of the currency’s fall.

According to a Reuters poll of FX strategists, India’s rupee will trade near its record low against the mighty greenback beyond this year, buffeted by rising oil prices and an aggressive US Federal Reserve rate-hiking campaign.

Steamrolled by the Fed-pumped dollar, the rupee has fallen over 10% this year, even though the Reserve Bank of India continues to sell its forex reserves to defend the local currency.

That downward trend is unlikely to reverse anytime soon, according to the October 3-6 Reuters poll of 40 FX analysts which showed the three-month median forecast for the currency at 82.00 per dollar, near where it was trading a day earlier.