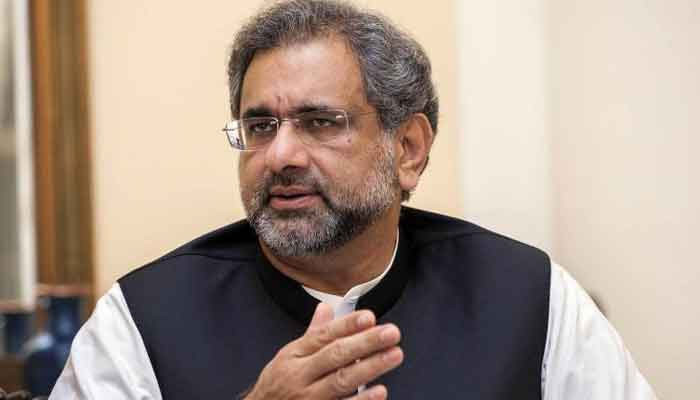 Former prime minister of Pakistan Shahid Khaqan Abbasi said Pakistan is currently facing difficulties and challenges, largely due to the actions of Pakistan Tehreek-e-Insaf (PTI) Chairman Imran Khan, who, he believes, has caused harm to the country during his time in government.

Speaking on the Geo News program ‘Aaj Shahzeb Khanzada Kay Saath’ on Tuesday, Abbasi of the Pakistan Muslim League-Nawaz (PML-N) said that the incumbent government is navigating the economic turmoil triggered by Imran Khan. The government has paid a political price and will have to pay more, he stressed.

Pakistan is currently in dire need of stability, he said, suggesting that Imran Khan may explore the option of street agitation if he believes it a viable solution to the issues at hand. In any case, the problems facing the country are not going away anytime soon and will need to be addressed by the government elected in the upcoming general elections, he said.

Abbasi took a jibe at the PTI leader, saying that he could not handle being in the opposition even for a single day.

Abbasi said that if Khan wishes to take to the streets against the appointment of Mohsin Naqvi as caretaker chief minister of Punjab, he is free to do so. He [Imran] is not protesting against the anguish the people are suffering from, he said.

It is worth mentioning here that Naqvi was appointed by the Election Commission of Pakistan (ECP) after Punjab chief minister Parvez Elahi and Opposition leader Hamza Shahbaz couldn’t reach consensus.

Naqvi was sworn in on January 22, just a few hours after the ECP made the decision.

Abbasi appeared emotional while mentioning PML-N supremo’s ouster, as prime minister, claiming that only one person’s name has been struck off in the history of Pakistan — Nawaz Sharif. However, he emphasized that it is the people of Pakistan who have the right to decide who should be marked in this way.

Pakistan has no other choice than the International Monetary Fund (IMF), he said. The country requires prompt decisions, but Prime Minister Shehbaz Sharif and his finance minister are aware of the situation on the ground, he added.