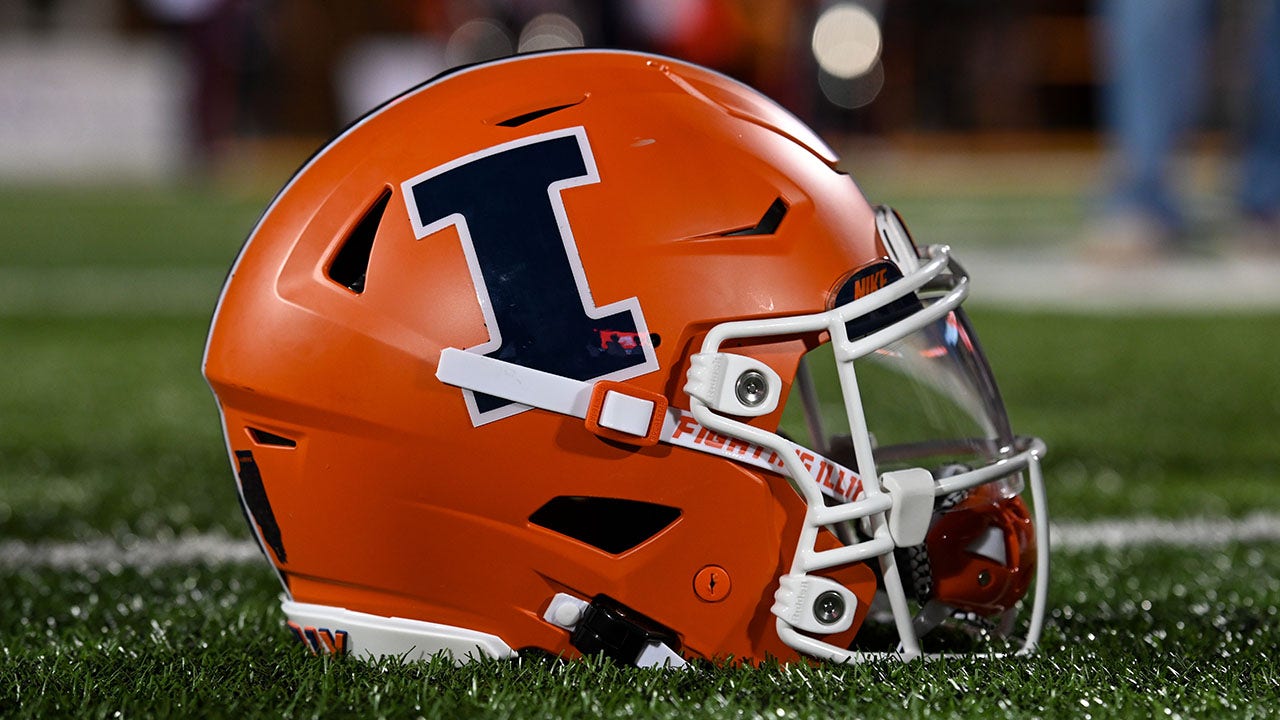 The Illinois Fighting Illini football team is off to its best start since the 2015, moving to 3-1 on the season after beating Chattanooga 31-0 Thursday night.

Illinois quarterback Tommy DeVito completed 23 of 31 passes for 329 yards and three touchdowns as Illinois handed Chattanooga its first loss of the season.

In the second year under head coach Bret Bielema, the Fighting Illini have allowed just nine points in its three wins, with the only loss coming from Indiana in Week 1.

The Fighting Illini allowed just 142 total yards, 49 of those yards through the air, and have not allowed a touchdown in its three wins.

“The sky’s the limit for this defense, man,” Illinois defensive back Jartavius Martin said.

“Coach (Ryan) Walters came in and made a great standard for our defense,” he added. “Just believing in us as a unit, we believe in him and know he’s going to put us in the right (play) call.”

The football helmet of Illinois QB Tommy DeVito, #3, sits on the grass following a college football game between the Chattanooga Mocs and Illinois Fighting Illini on Sept. 22, 2022 at Memorial Stadium in Champaign, Illinois.
(Photo by James Black/Icon Sportswire via Getty Images)

“I think we’re just beginning to understand who we are,” Bielema said. “I really like the way this group works.”

Now, Bielema has to prepare his team for a return to his old stomping ground in Week 5 – Camp Randall Stadium in Madison, Wisconsin.

Bielema had a fantastic run as head coach of the Badgers from 2006 to 2012, going 68-24 in Madison and getting the Badgers to two Rose Bowl appearances.

Head coach Bret Bielema of the Illinois Fighting Illini gestures during the game against the Chattanooga Mocs at Memorial Stadium on Sept. 22, 2022 in Champaign, Illinois.
(Photo by Michael Hickey/Getty Images)

He left Wisconsin for the Arkansas head coaching job in 2013 before being fired in 2017.

“Obviously there’s a lot of history,” Bielema said Thursday when asked about returning to Wisconsin, according to 247 Sports. “I tell our players I’ve never met a successful man who isn’t proud of where he came from. I’m from Illinois, I played and coached at Iowa, I went to Kansas State for a little bit, and spent a big part of my career as a Wisconsin coach, both as a coordinator and head coach.

“I’m very proud of what I accomplished there but none of those accomplishments are going to help us next Saturday. Nothing we did there on the field is going to carry forward.”

Joe Morgan is a Sports Reporter for Fox News.