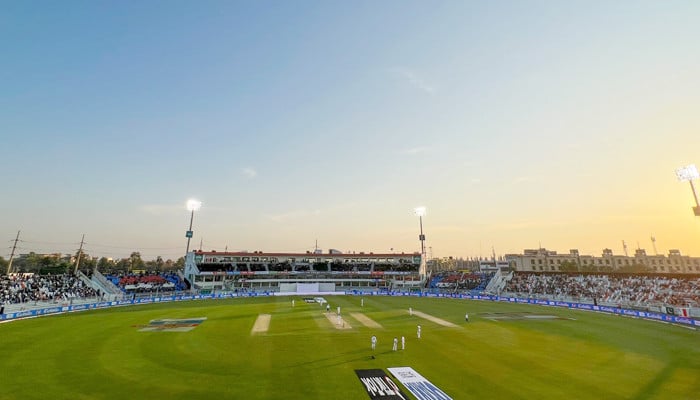 The ICC has also revoked the “below average” rating given to Rawalpindi’s wicket.

The move comes after the Pakistan Cricket Board (PCB) management committee led by Najam Sethi had appealed against ICC’s verdict.

“Following an appeal by the Pakistan Cricket Board pursuant to the ICC Pitch and Outfield Monitoring Process, the demerit point handed to the Rawalpindi Cricket Stadium for a ‘below average’ pitch rating for the first match of the ICC World Test Championship series between Pakistan and England from 1 to 5 December last year has been rescinded,” the ICC said in a statement.

“There were several redeeming features – including the fact that a result was achieved following a compelling game, with 37 out of a possible 39 wickets being taken. As such, the appeal panel concluded that the wicket did not warrant the ‘below average’ rating,” it stated.

Andy Pycroft, the match referee, last month had rated the stadium’s pitch that was used for the first match of the ICC World Test Championship series between Pakistan and England as “below average” and the venue was then given one demerit point under the ICC Pitch and Outfield Monitoring Process.

Ramiz Raja, then-chairman of PCB, had termed the wicket embarrassing. However, Sethi — who had replaced Raja a few days after Rawalpindi Test — went to ICC and appealed against the decision.

“We did write a strong letter to ICC on this. I am glad that the decision has come in our favour,” Sethi said after ICC accepted Pakistan’s appeal.