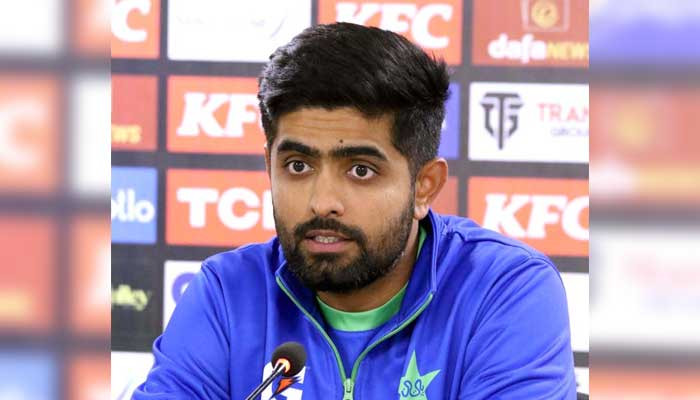 Ahead of the three-match ODI series with New Zealand, Pakistan skipper Babar Azam Sunday responded to the criticism directed towards his captaincy.

The 28-year-old captain spoke about being focused on winning matches for the country rather than paying heed to the criticism.

“My job is to play cricket and enjoy it. I don’t need to satisfy or answer anyone. I know what my game and responsibility are while batting or captaincy. I don’t need to make anyone happy, my job is to win matches for Pakistan,” Babar said while addressing a press conference in Karachi.

The skipper also remained tight-lipped on Pakistan’s playing XI for the first ODI match against the Kiwis which is set to take place on Monday, January 9.

“I have not looked at the pitch. We will decide on our playing XI after assessing it. We will try to field our best XI,” Babar said, adding that the team will try to continue their momentum in white-ball cricket.

The Pakistan skipper also stated that the selectors and team management are on the same page.

“The captain, coach and chief selector are on the same page because that’s important for the betterment of the team. We conveyed our opinion to the chief selector on the selection of players,” he said.

Pakistan have a chance to become the number one ODI team in the world during the upcoming series against New Zealand.

If Pakistan whitewash New Zealand 3-0 during the three-match series, they will jump to the number one spot in the rankings with 114 rating points.

The Men in Green are currently in fifth place with 107 rating points. Meanwhile, New Zealand are at the top of the table with 116 rating points.

If Pakistan win the ODIs against New Zealand, it will be their fourth series win in a row.