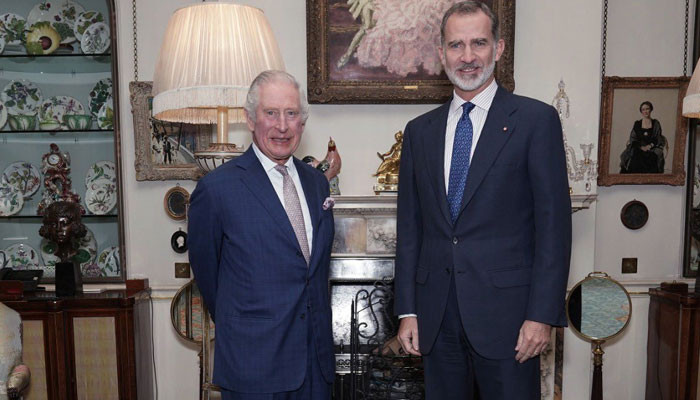 King Charles III, 74 held an audience with King Felipe in the Morning Room of the Clarence House in London.

Later, the Buckingham Palace shared a photo of the two kings on Twitter, saying: “This afternoon, The King of Spain visited His Majesty The King at Clarence House.”

King Charles and Spanish monarch’s latest meeting has sparked a new debate on internet: “How tall is King Felipe of Spain, and King Charles?”

According to the Guinness World Records official site, King Felipe VI of Spain stands at 1.97 m (6 ft 5.52 in) tall.

King Felipe VI, 54 is in Britain to attend events for the 135th anniversary of the Spanish Chamber of Commerce in the UK.