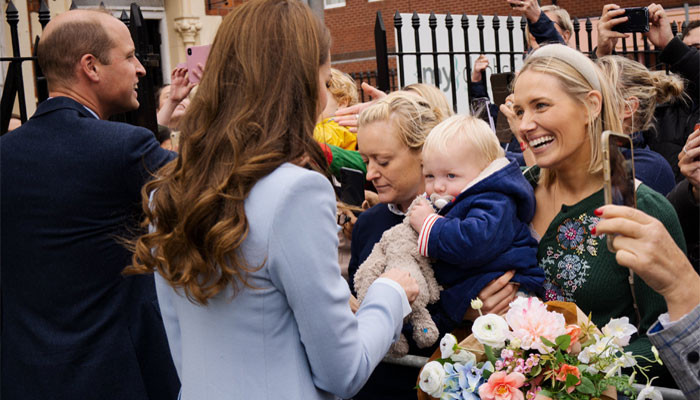 Princess of Wales Kate Middleton faced an uncomfortable situation during a walkabout with Prince William in Northern Ireland on Thursday.

According to People, when Kate reached out to shake hand with a woman, the lady took her hand and said, “”Nice to meet you, but it would be better if it was when you were in your own country.”

The heckler continued, “Ireland belongs to the Irish.”

Prince George, Princess Charlotte and Prince Louis mother continued to smile and moved on to shake other royal fans hand.

It was first visit of Kate Middleton to Ireland with husband Prince William since Queen Elizabeth’s death.

Later, the future Queen and Prince William took to their official social media handle and thanked the people of Northern Ireland.

They said, “Thank you for having us, Northern Ireland!.”