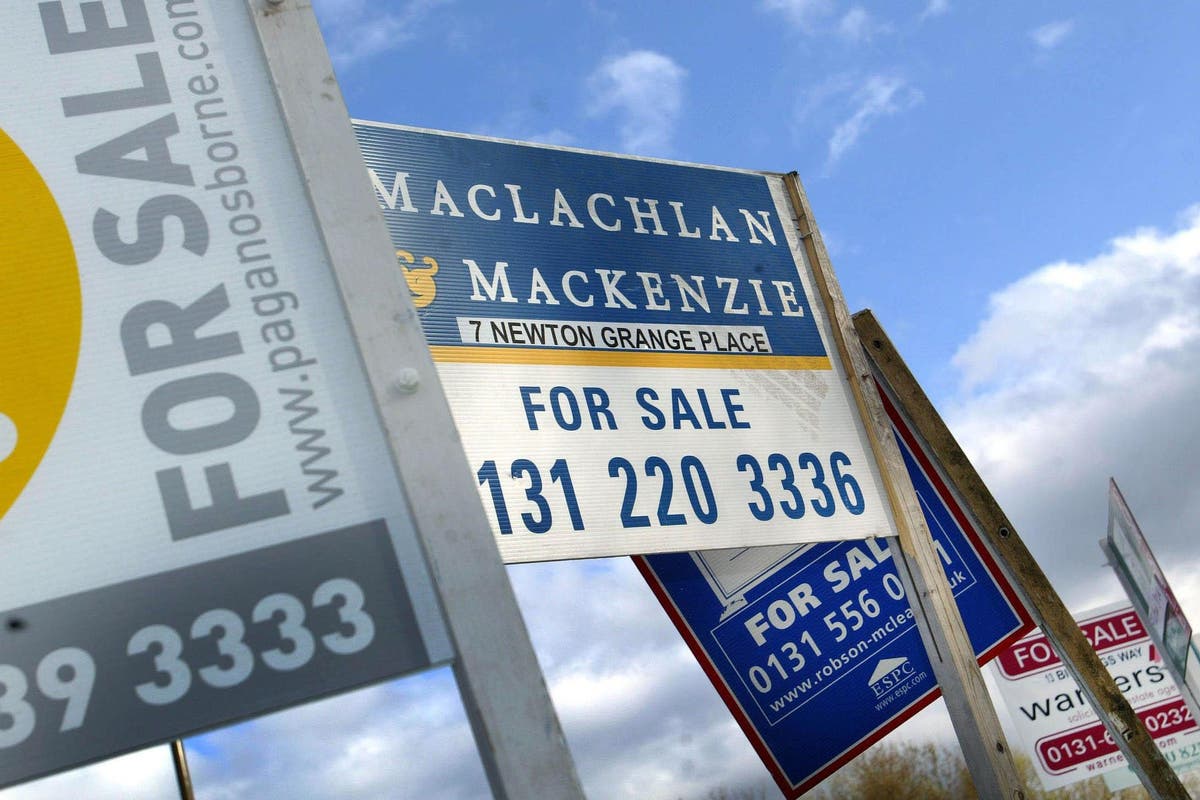 House sales held steady in October, with the volume of transactions increasing by 2% month-on-month, according to HM Revenue and Customs figures.

An estimated 108,480 sales took place, which was also 38% higher than in October 2021 – when a stamp duty holiday in England and Northern Ireland ended.

Figures released by Moneyfacts.co.uk on Tuesday showed the average five-year fixed mortgage rate has dropped below 6% for the first time in seven weeks.

Mortgage lenders are offering 5.95% on average for a five-year fixed-rate deal. Mortgage rates jumped following the mini-budget and recent Bank of England base rate hikes are also pushing up borrowing costs.

“October saw carnage unleashed in the mortgage market, but buyers, with much lower mortgages already in their back pocket, continued to plough on.

“It means October sales were still slightly above pre-pandemic levels, but this is the relative calm before the storm.

“Sales completing in October were largely agreed around July, when demand had been falling for a couple of months, as mortgage rates started to climb and cooled our passion for property.”

Jason Tebb, chief executive of property search website OnTheMarket.com, said: “Our own data indicates an increase in volume of new properties going under offer within the first month of marketing in October, with 60% of properties sold subject to contract within 30 days of being advertised for sale (up from 53% the previous month).”

Mark Harris, chief executive of mortgage broker SPF Private Clients, said: “Transaction numbers are holding up as buyers with good mortgage offers are keen to complete before they expire.

“There is good news for borrowers as swap rates continue their decline, resulting in several lenders repricing their fixed-rate mortgages.

“For some borrowers, a base-rate tracker with no early repayment charges may be a better alternative until fixed-rate pricing comes down further.”

Lucian Cook, Savills head of residential research, said the October 2022 house sales figures point “to a market that has remained surprisingly robust given the economic backdrop, and confirms that we haven’t seen the big increase in fall throughs that some have predicted”.

He added: “Sales have also continued to be supported by people looking to lock into existing mortgage deals, that look cheap in the context of current interest rates.

“However, a number of lead indicators – including the increased cost of borrowing and rising cost-of-living – are pointing towards falls in transactions over coming months, as buyers and lenders become more cautious.

“We predict transactions volumes will slow to 870 000 in 2023, with equity-driven prime markets holding up stronger than first-time buyers and mortgaged landlords, who rely more heavily on debt.”

Andrew Montlake, managing director of mortgage broker Coreco, said: “The mini-budget temporarily blew demand apart as mortgage rates shot up and people played it safe, but transactions and a degree of normality are starting to return.

“First-time buyers are still active and this key demographic is waiting in the wings ready to pounce as prices fall.

“The fact the mortgage market has now stabilised and that rates are not set to peak as high as we thought has brought some confidence back into the market, despite the predicted long recession that lies ahead.”