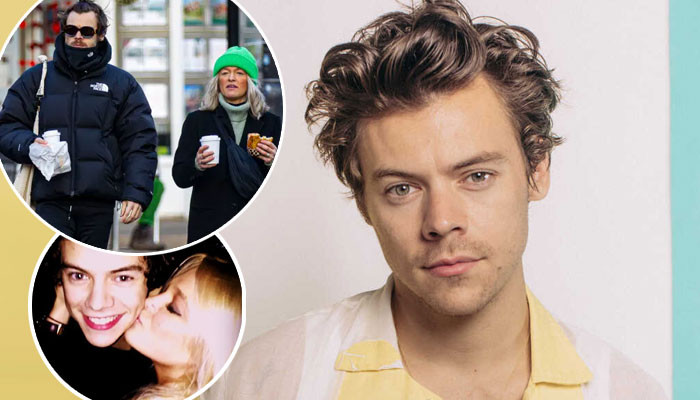 The As it Was crooner was spotted with Calcutt on January 24, 2023, walking alongside each other in London after grabbing a coffee, as per pictures obtained by Life & Style.

Style donned a black North Face jacket with black Nike leggings and a pair of sneakers for the outing. He completed the look with a claw clip in his hair, a tote bag from his beauty line, Pleasing, and a pair of black shades.

Calcutt opted for a green turtleneck with a matching green beanie, dark wash jeans and a black peacoat. She accessorised with a pair of white sneakers and a cross-body bag.

The pair reportedly dated in early 2010s after his brief fling with Taylor Swift, according to Page Six. They were first photographed in Glasgow, Scotland, on a movie date in 2012, but Calcutt maintained they were just friends.

After the rumour mill started rolling, Calcutt dispelled them all at the time, taking to social media, to assert that she and the One Direction alum were “only good friends” and she had a “lovely boyfriend called Phil.”

The pair seems to be friends still as she alluded to being engaged in a March 2022 post.

The outing comes two months after Harry split from actor/director Olivia Wilde in November, 2022, who he dated for almost two years.

“There is no bad blood between them. Harry didn’t dump Olivia, or vice versa,” a source told Page Six at the time.