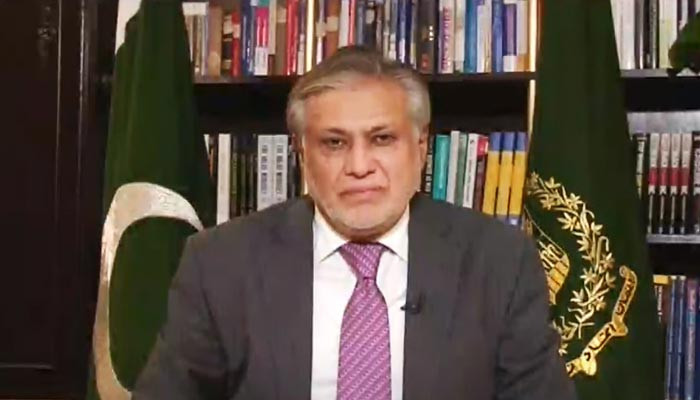 ISLAMABAD: Federal Minister for Finance and Revenue Ishaq Dar Friday asserted that seeking debt relief from the bilateral Paris Club creditors would be his last resort, saying that agencies downgrade the rating of countries approaching the Paris Club.

Earlier, Dar’s predecessor Miftah Ismail said the country was neither seeking nor there was any need for any relief from commercial banks or Eurobond creditors. “Given the climate-induced disaster in Pakistan, we are seeking debt relief from bilateral Paris Club creditors,” Miftah had said.

Commenting on Moody’s decision to downgrade the Government of Pakistan’s local and foreign currency issuer and senior unsecured debt ratings to Caa1 from B3, Dar said that the rating agency adopted a professionally discriminatory stance towards Pakistan.

“Our team spoke to the officials of the rating agency and even I spoke to them personally,” he said, adding that he told them that they should have been patient for a few days.

He lamented that Moody’s has portrayed an image that shows that, God forbid, Pakistan will default.

Regarding his scheduled meeting with the International Monetary Fund (IMF) staff scheduled later this month, Dar said that efforts will be made to fulfil the conditions agreed upon by his predecessors.

“I have solutions to present in front of the fund members in order to convince them of my decision regarding the petroleum prices,” he said.

Last week, the finmin slashed the price of petrol by Rs12.63 per litre, giving massive relief to the inflation-stricken people of the country, and raising concerns regarding the ongoing IMF programme.

Shedding light on the rupee-dollar parity, the finance minister stated that he was hopeful the rupee value will fall below the 200-mark against the US dollar within the next few days.