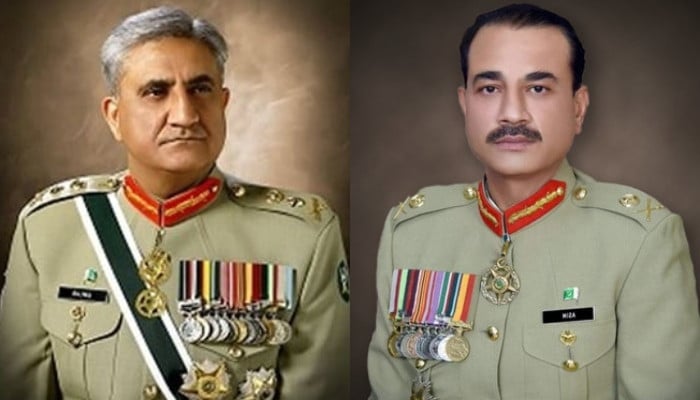 Due to the ceremony, the Metro Bus Service will be closed from 6am to 3pm today from Saddar to Faizabad, said the Islamabad administration.

Outgoing Chief of Army Staff (COAS) General Qamar Javed Bajwa will hand over the “baton of command” to Gen Munir, who was chosen to lead the country’s army by Prime Minister Shehbaz Sharif on November 24.

The passing of the baton from an outgoing COAS to an incoming one conveys the cardinal message to the troops that the military leadership continues without a break in command.

The summary of his appointment was ratified by President Arif Alvi, making Gen Asim Munir the 17th army chief to assume the command of the Pakistan Army.

Meanwhile, Gen Bajwa called on President Alvi to say his farewell as the 16th chief of army staff (COAS) at the President’s House.

The meeting was held in an amiable atmosphere where President Alvi paid tribute to Gen Bajwa for his exceptional services to the nation as the leader of the defenders of the country against all external as well as internal threats.

President also wished the outgoing commander of the armed forces all the best for the future.

Later, Prime Minister Shehbaz Sharif hosted a luncheon in honour of Gen Bajwa. During the meeting, the premier lauded the army chief in the richest of words for his services.

Gen Munir was commissioned in the 23rd Frontier Force Regiment in 1986. He passed out with the 17th Officers Training course, Mangla and was awarded the coveted sword of honour.

He is currently posted as the quartermaster general at the General Head Quarters.

The quartermaster general was also posted as a directing staff in Command and Staff College, Quetta, brigade major of a deployed infantry brigade in Kel, general staff officer, grade-2, CGS secretariat and chief of staff of Mangla corps.

The incoming army chief has also served as the director general of Military Intelligence.

In 2018, Gen Munir was appointed as the director-general of the Inter-Services Intelligence.

The army chief designate is a keen sportsman, avid reader, and traveller.