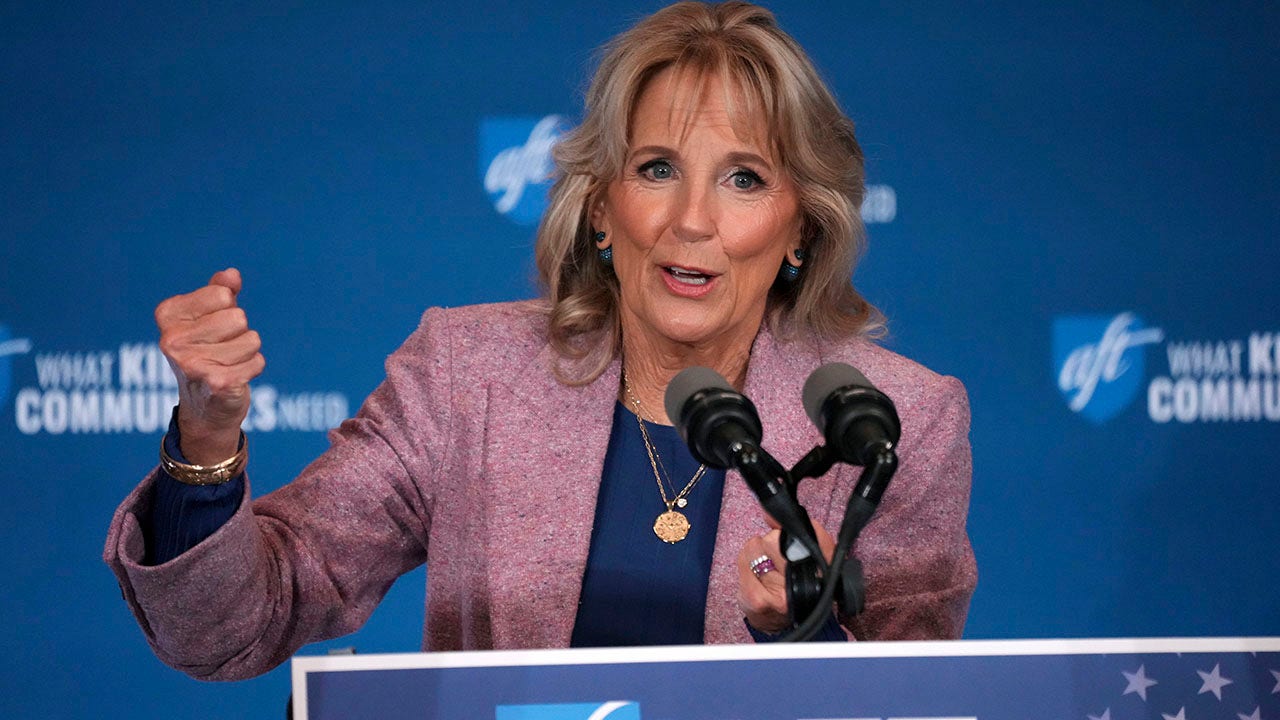 Dykstra suggested that Biden’s appearance at Citizens Bank Ballpark in Philadelphia for Game 4 of the World Series on Wednesday was part of the reason why the Phillies lost.

First lady Jill Biden speaks during a visit to the American Federation of Teachers headquarters in Pittsburgh on Nov. 2, 2022.
(AP Photo/Gene J. Puskar)

Philadelphia was no-hit by the Astros in Game 4 and Houston took a pivotal Game 5 and the lead back to Minute Maid Park.

“Better luck next time, #Phillies. Might be better off rolling out that red carpet for Lenny Dykstra instead of Dr. Jill Biden. (9 hits in 3 games since she showed up.)” Dykstra wrote.

PHILLIES’ ZACK WHEELER ON GETTING TAKEN OUT OF WORLD SERIES GAME 6: ‘IT CAUGHT ME OFF GUARD A LITTLE BIT’

First lady Jill Biden, third from left in front, holds signs for Stand Up to Cancer during Game 4 of the World Series between the Houston Astros and Philadelphia Phillies, Nov. 2, 2022, in Philadelphia.
(AP Photo/David J. Phillip)

Phillies were leading the World Series 2-1 until the no-hitter changed the momentum for the Astros.

Biden on Wednesday joined the Stand Up to Cancer tribute at Citizens Bank Ballpark in the middle of the fifth inning. She arrived to the stadium just before the tribute, which occurred after the Astros scored five runs in the inning to take a 5-0 lead. The team didn’t look back from there.

First lady Jill Biden is shown prior to the game between the Philadelphia Eagles and Dallas Cowboys at Lincoln Financial Field, Oct. 16, 2022, in Philadelphia.
(Tim Nwachukwu/Getty Images)

Biden also made an appearance at Lincoln Financial Field last month and received some boos from the Philadelphia Eagles faithful. She participated in the coin toss.