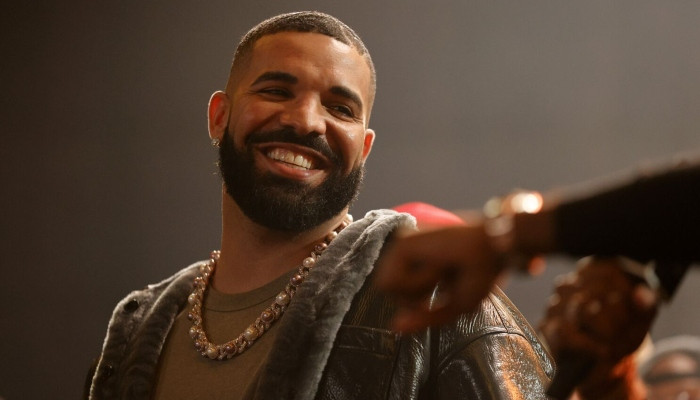 Drake treated the crowd with an electrifying performance at the legendary Apollo Theater in NYC for SiriusXM, on Saturday.

The rapper, 36, took to the stage and performed for a packed house of SiriusXM subscribers and VIPs including Justin and Hailey Bieber, A$AP Ferg, Kevin Durant, Ice Spice, Odell Beckham Jr., Gayle King, Richie Akvia, Michael Rubin, Will Makris and others.

The nostalgic performance marked Drake’s first time on the iconic stage of the Apollo, as well as his first concert in years.

Drake took fans through a career-spanning journey through is biggest hits, with the Apollo stage transformed into his childhood bedroom, then to the boardroom of a record label, then a Harlem bodega.

The One Dance crooner kicked off the show sitting on a replica of his childhood bed while paying tribute to his Canadian TV past by wearing a ‘Degrassi’ jersey.

Drake performed a number of hits including Best I Ever Had, Headlines, HYFR (Hell Ya F**king Right), God’s Plan, One Dance, In My Feelings and more.

The rapper wrapped up the show by thanking his fans and said, “I appreciate all of those people that stick by me.… but I deeply appreciate everybody for continuing to support us.”