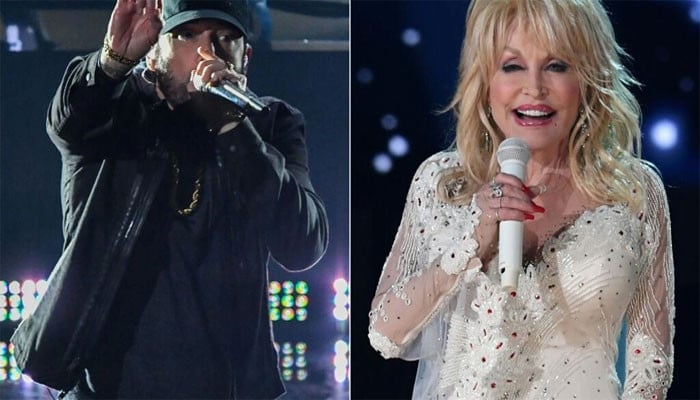 Los Angeles: Music´s A-listers will celebrate a new crop of legends entering the Rock and Roll Hall of Fame this weekend, among them country queen Dolly Parton and rap agitator Eminem.

The Cleveland-based Hall of Fame — which surveyed more than 1,000 musicians, historians and industry members to choose the entrants — will honor the seven acts in a star-studded gala concert on Sunday at Los Angeles´s Microsoft Theater.

The inclusion of Parton, 76, prompted a characteristically humble response from the beloved icon, who initially requested her name be taken out of the running.

“Even though I´m extremely flattered and grateful to be nominated for the Rock and Roll Hall of Fame, I don´t feel that I have earned that right,” said the music pioneer, who´s penned thousands of songs including “Jolene” and “I Will Always Love You.”

But voting was already under way, and the Hall of Fame insisted she was far more than a country star.

“With her trailblazing songwriting career, distinctive voice, campy glamour, business savvy and humanitarian work, Dolly Parton is a beloved icon who transcends the genre she transformed forever,” the organization said.

For years the institution has defined “rock” less in terms of genre than of spirit, with a number of rappers, pop, R&B and country stars included.

“I just felt like I would be taking away from someone that maybe deserved it, certainly more than me, because I never considered myself a rock artist,” Parton said later.

“But obviously, there´s more to it than that.”