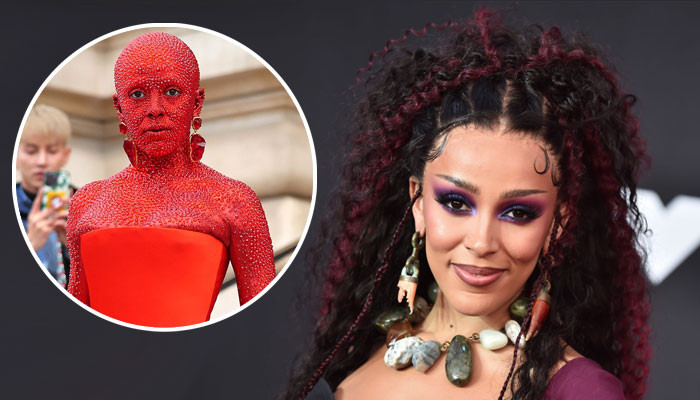 The eye-catching outfit, which was custom-designed by the fashion house’s creative director Daniel Roseberry, was brought to life by makeup artist Pat McGrath, whose team spent almost five hours completing the look.

The Woman singer’s arrival was in theme with the fashion house for the opening event of the biannual Paris Haute Couture Week. Dubbed ‘Inferno Couture,’ the label’s latest collection was inspired by Dante’s ‘Inferno’ and the nine circles of hell, according to Roseberry’s show notes, via CNN.

According to Billboard, the fashion show featured the likes of Naomi Campbell, Shalom Harlow and Irina Shayk strutting down the runway in haute couture gowns embroidered with giant animal heads in a nod to Dante’s Inferno.

Kylie Jenner was also seated front row during the presentation with a giant lion’s head attached to her black dress.