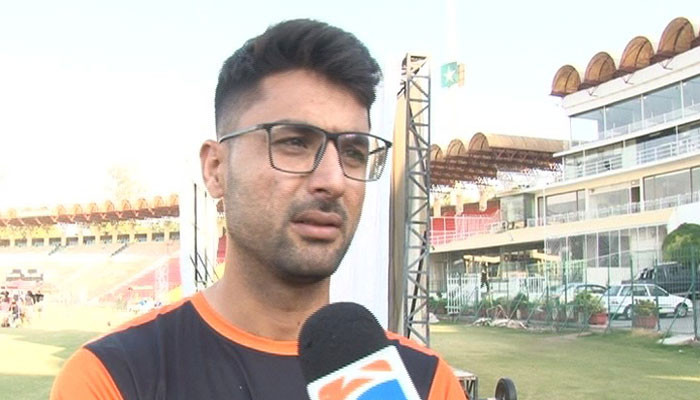 Pakistan spin bowler Abrar Ahmed, who has been included in the national squad for the home Test series against England for the first time, has said that he is “difficult to stop”.

The Pakistan Cricket Board (PCB) on Monday announced the Test squad for the upcoming seven-match series against England, with some new additions to the team.

Ahmed is one of the two new faces from first-class cricket. He said that every cricketer dreams of playing Test cricket and when he is finally made part of the squad, he can’t express how ecstatic he is.

“My colleagues used to call me a white ball expert but I told them to let me enter red ball [cricket] and it will be difficult to stop me,” Ahmed said, adding that he then “proved” what he said.

He said that he will perform the same way he is doing in domestic cricket.

Sharing his experience, the young spin bowler said that his peers had started saying that he will be selected in the national squad when he took wickets in the first three to four matches of this season. Former Pakistan skipper Sarfaraz Ahmed was also one of these people, he added.

He said that chief selector Mohammad Wasim also kept inquiring about how his bowling was going, which made him realise that he will be given a chance soon.

Ahmed, who represents Sindh, has bagged 43 wickets in seven matches of the current season of the Quaid-e-Azam series. His career-best is 6 wickets of 61 runs and he is the top wicket-taker of the season.

Ahmed belongs to Mansehra but he has always played cricket in Karachi. He said that his speciality is finger spin like Shaun Mendes and Mujeebur Rehman, which he also applied back when he played tape ball cricket.