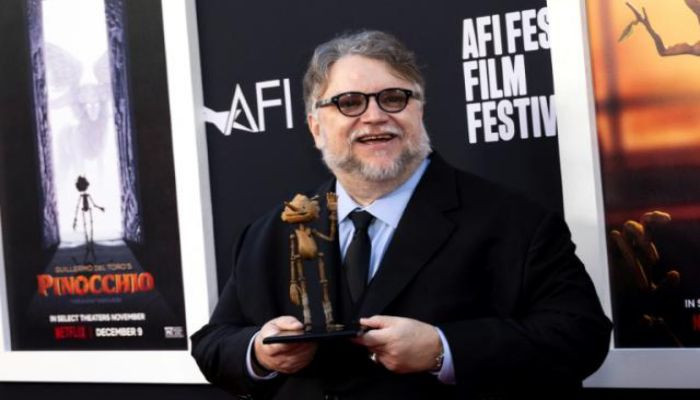 When Guillermo del Toro first set out to make a dark, animated version of “Pinocchio” 15 years ago, he opted to set his tale of puppets and their string-pulling masters in 1930s fascist Italy.

The characters of elderly woodcarver Geppetto and his exuberant living puppet Pinocchio were first created in an 1883 Italian novel, and later popularized by Disney.

But in “Guillermo del Toro’s Pinocchio,” out on Netflix next month, they find themselves living in Benito Mussolini’s inter-war world of military salutes, strict conformity and violent machismo.

“I wanted (to set the film in) a moment in which behaving like a puppet was a good thing,” del Toro told AFP on the red carpet of this weekend’s AFI Fest in Hollywood.

“I wanted Pinocchio to be disobedient,” he added.

“I wanted Pinocchio, who was the only puppet, to not act like a puppet. I thought, thematically, that was perfect.”

While the theme of fascism could appear timely in light of recent global politics, del Toro said the movie was just as relevant when he conceived the project years ago.

Indeed, del Toro has previously used his distinctive Gothic fairy tales to tackle the specter of fascism with films such as “Pan’s Labyrinth” and “The Devil’s Backbone,” both set in Franco-era Spain.

“I’ve always seen it. I don’t know if it’s the color of my glasses, but I always see it.”

Fascism is “always alive in the background — or in the foreground,” he said…AFP