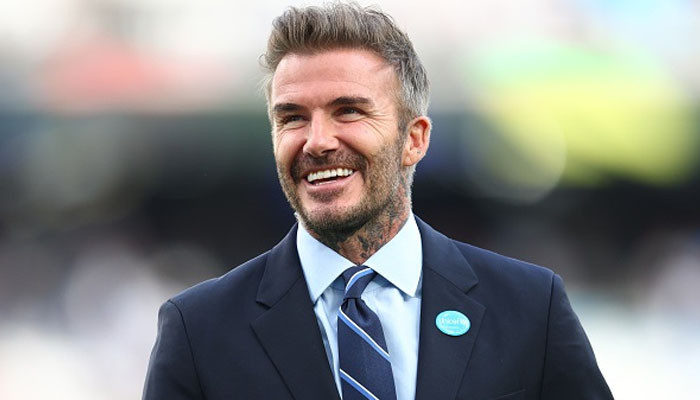 The former English footballer appeared in good spirits as he showed support to the national team at the Khalifa International Stadium in Doha, where they watched England beat Iran 6-2.

Beckham, 48, himself former captain of the England team, sported a smart suit and waved to fellow spectators as he took up a VIP seat.

Backham appeared to be the first to arrive in the section but he was soon joined by his pal and sports agent Dave Gardner. He was also pictured chatting to Qatari officials and warmly greeting fans.

It was the second World Cup game David has watched in person after attending the opening ceremony and Qatar vs Ecuador game on Sunday.

The Manchester United star has signed on as an official ambassador for Qatar during the World Cup, which has been hit with controversies and backlash, with critics highlighting the human rights issues involving the country.

Beckham was called out to end his deal with Qatar. Comedian Joe Lycett also urged the football legend to walk away from his ambassadorship with Qatar.