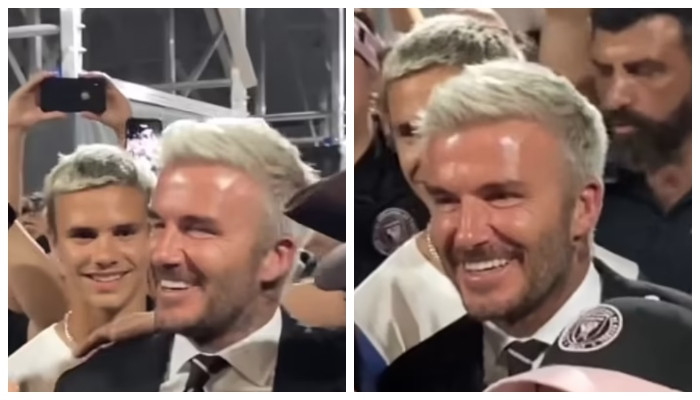 The football legend,47, appeared to be taking inspiration from his son Romeo, 20, as he showcased his freshly bleached platinum blond hair on Friday.

It comes as it’s revealed that Romeo is reportedly training with Premier League club Brentford’s B team, as he seemingly looks to advance his football career.

Former footballer David mirrored the Inter Miami player’s look as he took to Instagram to celebrate the team securing its spot in the MLS playoffs.

Romeo unveiled his bold look earlier this year, as he stepped out with platinum, long buzzcut with a triangle-shaped undercut around the back of his head.

The style is not unlike the outlandish styles favoured by his dad during his footballing heyday, but it now seems that David is taking his inspiration from Romeo.

David reflected on what he deems as his most controversial hairstyles ever in a candid chat about his personal life in June.