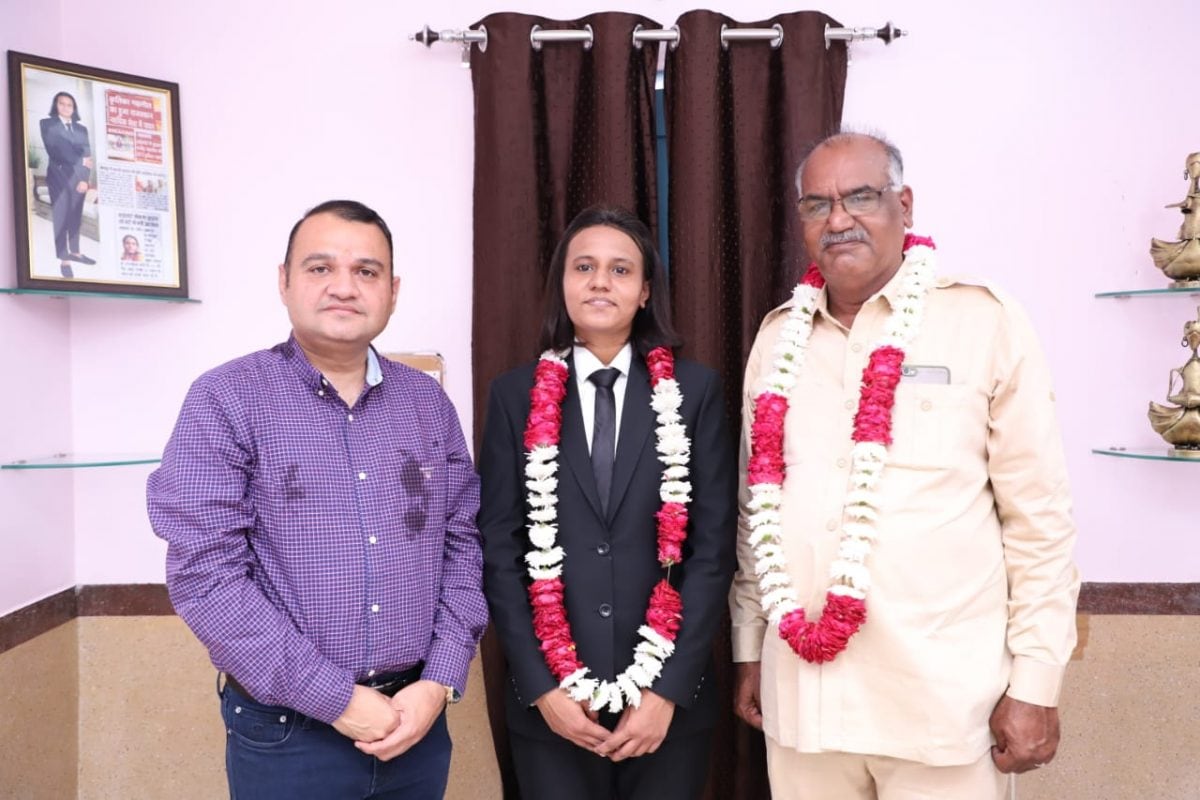 The daughter of a Rajasthan Chief Justice’s driver, Kartika Gehlot, has cleared the Rajasthan Judicial Services exam by securing 66th rank. The 23-year-old said that she knew this will happen one day, because as far as she can remember she has only dreamt of wearing a black coat and being a Judge.

“My father has been the driver for the Chief Justice for the last 31 years and at a very young age, I became fond of black coat and the environment surrounding it. While children change their dream profession at every stage of their life, I only had one dream and I have only worked towards it,” said Kartika, who is the middle child in a family of four. She says her other siblings are also drawn toward the law field.

Kartika did her schooling in St. Austin’s School, in Jodhpur, and her law degree from Jai Narain Vyas University in Jodhpur. “During my 5th and 6th semester, I started interning at the district court, which helped me peaked my interest in law. However, when Covid started I enrolled myself in Utkarsh app’s online courses, which eventually helped me a lot in my preparation”.

Talking about her exam preparation, she said, “My everyday studying schedule was flexible for the most part, but I made sure that I have consistency in studying. On a daily-basic, I spent at least 3-4 hours preparing for the exam. However, when the exam dates were out, I gave 10-12 hours every day, but I mostly did revisions by this time.” Kartika, who is fond of listening to music says, “Music helped me concentrate better and even for destressing I relied on listening to music.”

‘Law curriculum should be more in schools

Talking about women studying law, she said “I recently heard a case when some parents did not want their daughters to study law as they feared that if she will study law she will not get married. But, I believe more women should study law and be more independent and empowered.”

She added, “Not just women but, everyone should have a better basic understanding of the law. This can help many people to fight for their rights in their day-to-day life. For this schools should also teach students more about the law in their curriculum.”

Kartika says it’s her family’s support that made it possible for her to clear her exam. She added, “I have also received a lot of guidance, from former Chief Justice of Allahabad High Court Govind Mathur, who has helped me at multiple stages.”

Interestingly, at a time when most people spend a lot of time on social media, the youngster has kept herself away from social media. She said, “I don’t have any Facebook or Instagram account. I only use WhatsApp, mostly for communicating with people.”