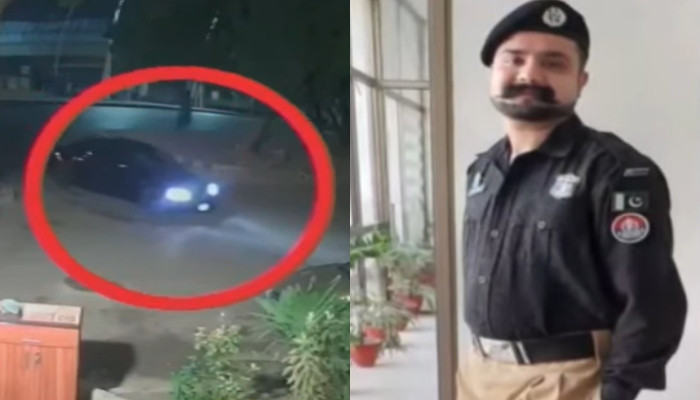 KARACHI: In a tragic incident, a policeman was shot dead by a car driver for reportedly inquiring about suspicious activity in the port city’s Defence Phase V late Monday night.

In conversation with reporters, SSP South Asad Raza said that the suspect has been identified as Khurram Nisar and his accomplice has been taken into custody, while the weapon and car used in the incident have been recovered.

The martyred cop, Abdul Rehman, and his colleague chased the suspect and spoke to him after they allegedly noticed suspicious activity, according to Geo News.

SSP Raza said that the suspect opened fire at the cop, fatally injuring him when the policemen tried to take the former to the police station.

The SSP said that the suspect fired two to three gunshots from inside his car and drove away.

He further said that Nisar travelled to Karachi from Sweden on November 5. The airport and highways authorities have been informed about the matter in order to prevent any attempt by the suspect to flee, he added.

The SSP requested the people to inform the police if they have any information about the suspect.

Moreover, he said that Rehman also opened fire at the suspect in retaliation.

The post-mortem report revealed that Rehman sustained a single shot in the head that caused his death. Police say the bullet was shot from close range with a 9mm pistol.

Video of conversation between Rehman, suspect

A video of the argument between Rehman and the suspected shooter later surfaced. The video was reportedly filmed by a cop, while another cop — who couldn’t be seen in the video — also filmed the suspect with his phone.

As per the details, the cop asked the suspect why did he take out the weapon. At this, the suspect said that his weapon was licensed and that he can point it toward anyone he wants.

“You took out the gun; so did I,” the suspect was seen saying this to the cop sitting inside his car.

The video raised questions about the police’s role as the incident was reportedly filmed by a cop.