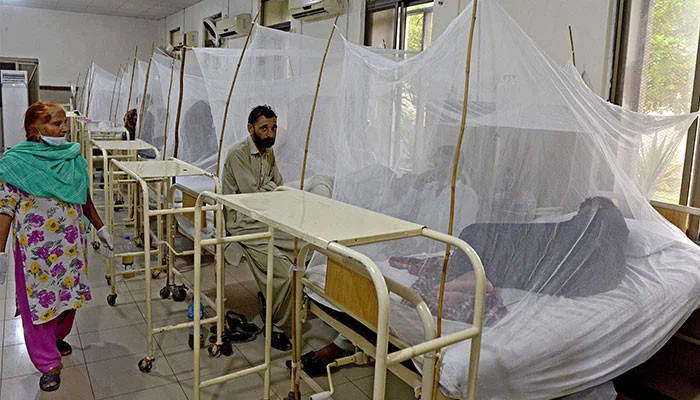 Pakistan Meteorological Department (PMD) has warned of the likelihood of a dengue outbreak in 10 major cities and flood-hit areas due to the climatic conditions in the post-monsoon season, The News reported Saturday.

As per the PMD, the atmospheric variables are providing ideal conditions for the multiplication of mosquitoes and consequently a spread of vector-borne diseases as seen in the past data analysis and climate outlook.

“Based on the analysis, the environment has become conducive for dengue outbreak next month, particularly in ten major cities, including Karachi, Lahore, Peshawar, Rawalpindi, Islamabad, Hyderabad, Faisalabad, Sialkot, Larkana and Multan besides flood-ravaged areas, the meteorological department said in the alert issued on Friday.

It added that dengue fever deepened its roots and affected people over the last ten years in the country and the phenomenon occurs especially during the post-monsoon season starting from September 20 to December 05 if the conditions are favourable.

“The dengue thrives at 26-29°C temperature and 60% humidity in addition to the rainfall remains more than 27mm with a maximum time lag period of 3 weeks,” stated the PMD advisory.

The active period for dengue attacks is two hours after sunrise and two hours before sunset and the breeding stops once the temperature falls below 16°C, the alert said.

The PMD advised stakeholders to take preemptive measures against the dengue outbreak in the districts and added that the national health agencies and dengue control centres should keep themselves updated on the PMD website.