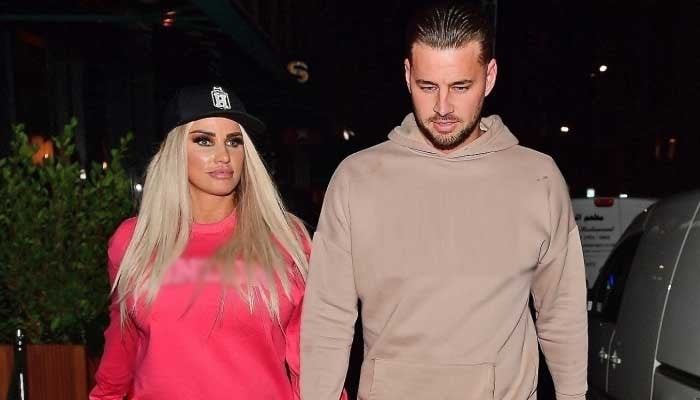 The car salesman, 33, took to Instagram on Tuesday morning to upload a bombshell video where he claimed the reason for their split claiming, the former glamour model, 44, had cheated on him.

Carl said he was incredibly “embarrassed” to make the announcement and claimed Katie had confessed she had slept with another man, prompting him to call time on their relationship.

He claimed: “So, there’s no easy way for me to say this and to be honest with you, it’s quite embarrassing. But me and Kate, are not together anymore. I found out yesterday that Katie cheated on me. She’s admitted that she cheated on me. She slept with somebody else.

“So yeah, that’s the end of that. I guess I’m just gonna focus on rebuilding myself and get my life back on track. And concentrating on me but that’s done.”

Katie, meanwhile, decided to upload a snap of herself cuddling her beloved son Harvey, 20. She wrote: “Morning cuddles with my @officialmrharveyprice”.

Katie, who has been unlucky in love previously, has had a turbulent relationship with Carl over the years, with the couple regularly facing split rumours – but this is the first time Carl has announced the end of their romance.

Katie and Carl began dating in June 2020 after meeting through TV work and mutual friends.