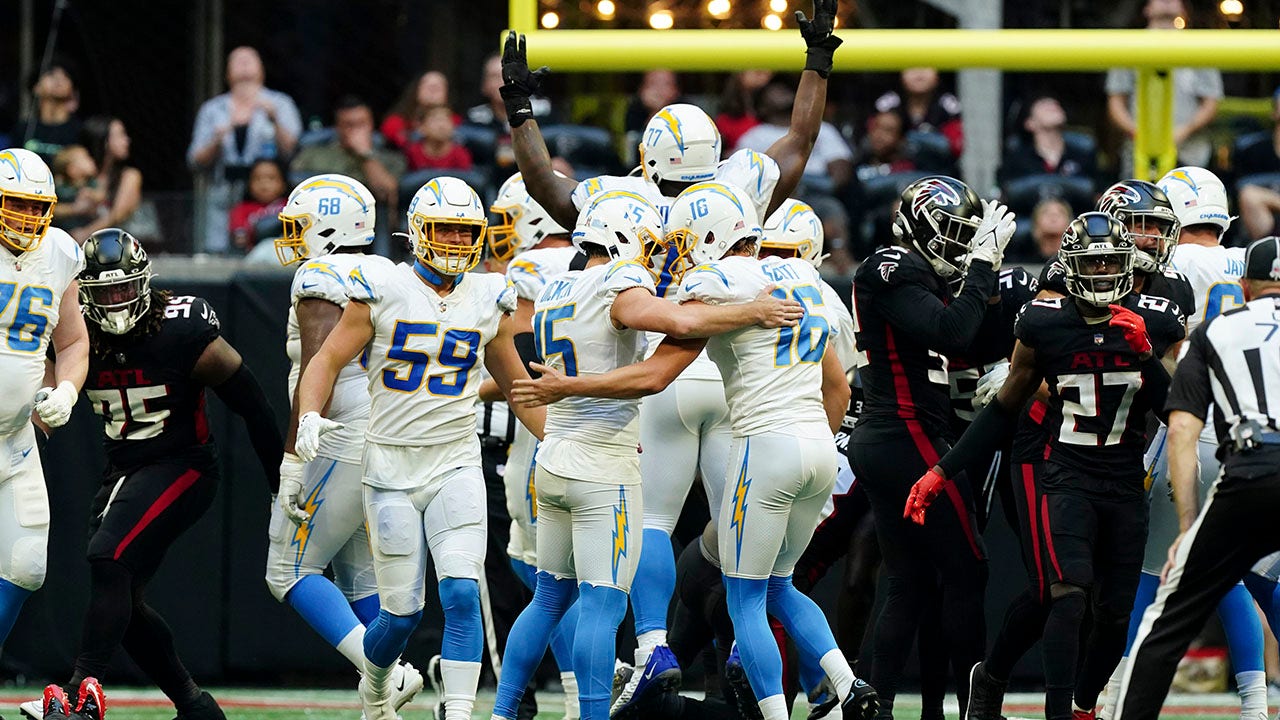 The Los Angeles Chargers skirted by the Atlanta Falcons on Sunday with a 20-17 win thanks to a Cameron Dicker game-winning 37-yard field goal.

Dicker was picked up by the Chargers earlier in the week after he was released by the Philadelphia Eagles. He hit a 31-yard field goal with 5:27 left in the game to tie it up and then nailed the game-winner.

Los Angeles got a new set of downs and one more chance to get close enough to win the game.

Justin Herbert then threw a 22-yard pass to Joshua Palmer, which would help set up the Dicker kick. Los Angeles was down 10-0 in the first quarter and came back in the second quarter to help win.

Los Angeles Chargers kicker Cameron Dicker (15) celebrates after kicking a 37-yard field goal on the final play of the game against the Atlanta Falcons, Nov. 6, 2022, in Atlanta.
(AP Photo/John Bazemore)

Herbert was 30-for-43 with 245 passing yards, a touchdown pass and an interception. Ekeler had 47 yards on the ground and a rushing touchdown. Ekeler had a receiving touchdown as well. Palmer led the Chargers with eight catches for 106 yards.

Rashaan Evans had 12 tackles, including one for a loss, and a pass defended in the loss. Richie Grant added 11 tackles. Chargers linebacker Drue Tranquill had 10 tackles and a sack. Derwin James Jr. also had a sack on Mariota.

Atlanta Falcons running back Cordarrelle Patterson (84) runs against the Los Angeles Chargers during the second half, Nov. 6, 2022, in Atlanta.
(AP Photo/John Bazemore)