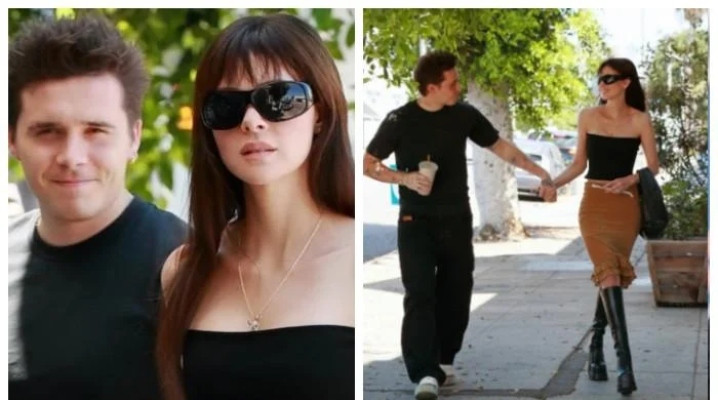 The 23-year-old—eldest child of David Beckham and Victoria Beckham—recently debuted a brand-new tattoo dedicated to the actress amid Thanksgiving celebrations.

In a variety of snaps shared by the actress and model, 27, Brooklyn’s latest tattoo was also revealed – a quote by Quincy Jones.

The aspiring chef has over 100 tattoos, approximately 70 of which are dedicated to his new wife Nicola.

His latest one reads: ‘Once a task is just begun, never leave it till it’s done. Be the labour great or small, do it well or not at all.’

He previously revealed that Nicola ‘always cries’ when he gets a new tattoo in honour of his wife.

In August, told USA Today: ‘I kind of was just like, ‘Oh, we’re married, why not? It wasn’t a thing I thought about for months. I got married five months ago, why not?’.

Before saying: ‘She always cries when I get her another tattoo, I always love to surprise her with new ink.’

The aspiring chef showcased his wedding vows which he had immortalised onto his arm in May.