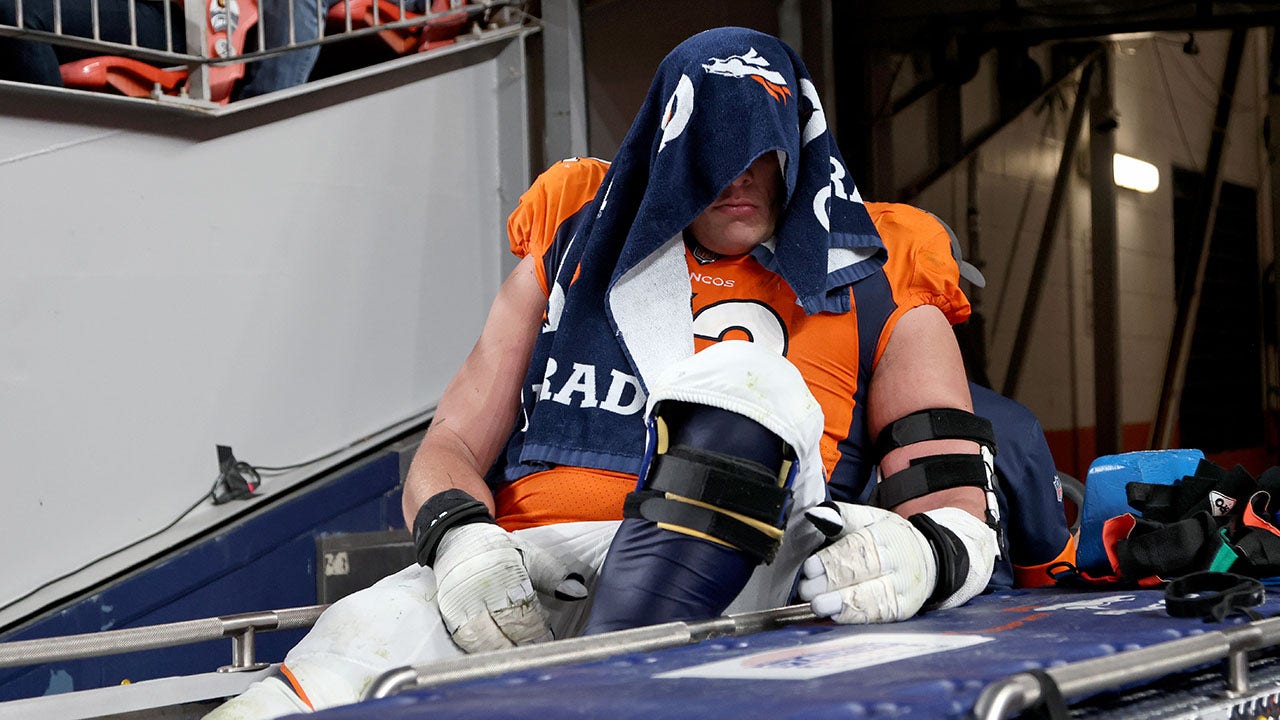 The Denver Broncos had injury added to insult after Thursday’s awful 12-9 loss to the Indianapolis Colts.

They lost left tackle Garett Bolles to a broken leg and cornerback Ronald Darby to a torn ACL. Both are out for the season.

Bolles was carted off the field with 3:20 left in the game while the Broncos were driving and hoping for a score to put the game away. Instead, Russell Wilson threw an interception, giving Matt Ryan and the Colts life.

The Colts tied the game with a field goal and won in overtime.

Garett Bolles of the Denver Broncos is carted off the field during a game against the Indianapolis Colts at Empower Field At Mile High Oct. 6, 2022, in Denver, Colo.
(Justin Tafoya/Getty Images)

Darby suffered his injury in the first half Thursday.

Denver Broncos running back Javonte Williams (33) is carted off the field during the second half of a game against the Las Vegas Raiders Oct. 2, 2022, in Las Vegas.
(AP Photo/David Becker)

Bolles was a second-team All-Pro selection in 2020 and is in his sixth season with the Broncos, having been drafted 20th overall in 2017.

Darby was in his second year of a three-year, $30 million deal with Denver. He spent time with the Buffalo Bills, Philadelphia Eagles and the Washington Football Team.

Ronald Darby of the Denver Broncos lines up during a game against the Las Vegas Raiders at Allegiant Stadium Oct. 2, 2022, in Las Vegas.
(Michael Owens/Getty Images)

The 2-3 Broncos will travel to Los Angeles Monday night to face the division rival Chargers.