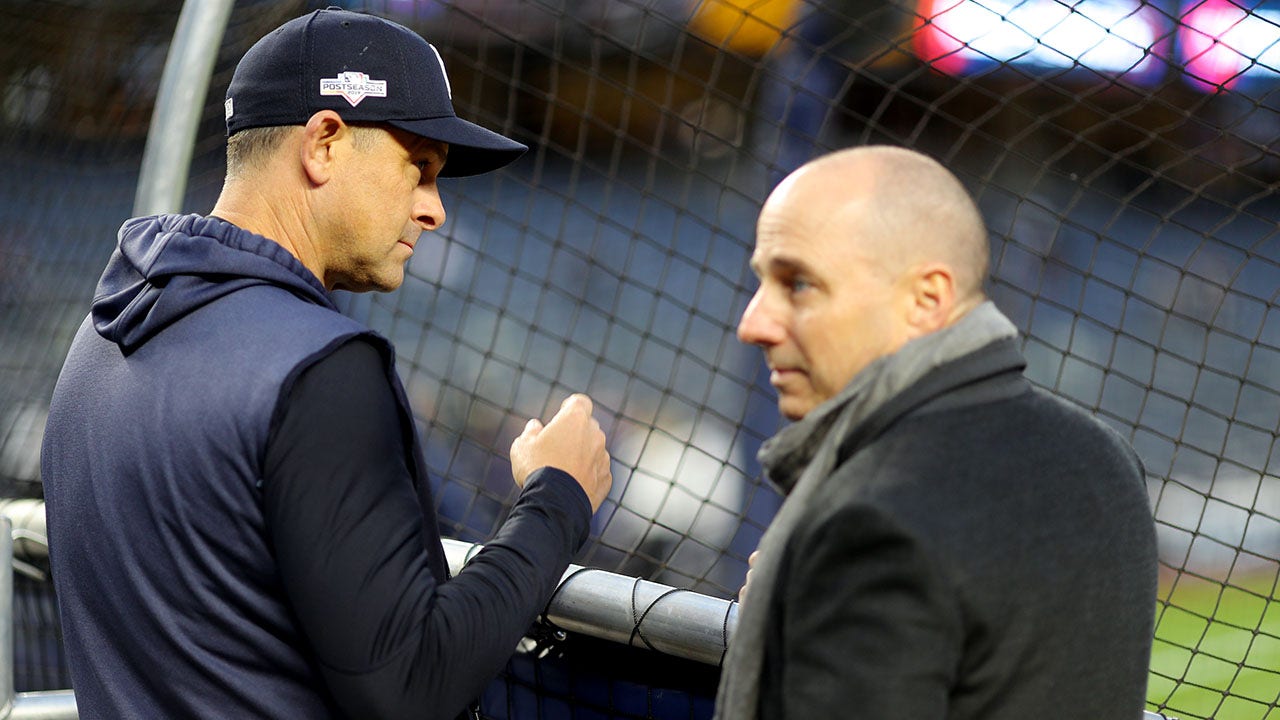 Brian Cashman’s contract expired on Oct. 31, but he is still operating as the New York Yankees general manager on a handshake agreement and is expected to officially return soon.

However, Cashman’s tenure has turned sour in the eyes of the Bronx faithful.

The Yankees have not won, or appeared in, a World Series since 2009. It’s their second-longest title drought since winning their first title in 1923, and their 13 seasons without a pennant are tied for their longest since then, as well.

Despite that, both Cashman and Aaron Boone are practically guaranteed to return in 2023.

The Yankees at one point were in conversations to be the best team of all time when they were on pace for 120 wins in the summer. They subsequently went on an extended swoon, won “only” 99 games, and got swept in the ALCS by the Houston Astros, their third ALCS loss since 2017 — all to Houston.

However, the general manager brushed off the notion that something is wrong with the Yankees’ process, which, along with many teams, has become heavily analytical.

“People don’t get let go because of results. If they have a good process, and they’re doing the job well, and they have sound answers and reasonings, and the ultimate outcome doesn’t happen, I think that’s taken into account…” he told reporters on Friday. “The (members in the analytics department) that we’ve lost along the way are the ones that refuse to adapt and adjust and grow with what’s out there in the industry, because there’s always something new that’s happening.”

Cashman later added that his analytics department is “unbelievably good at what they do” and noted that several teams have tried to bring in some members of that department.

It was an embarrassing end to the season, but the writing was on the wall — from July 9 through the end of the season, the Yankees were an under-.500 team.

Several injuries played a factor, however, and many players were called up in emergency situations. With the injuries, Cashman feels it’s almost unfair to judge the Yankees’ end result.

“I think we typically have teams on a yearly basis that enter the postseason that have a chance to win. This year’s particular squad, we got depleted going into the postseason,” he said. “We had a lot of injuries, so I think referencing the (sub-.500 record in the second half) I think doesn’t reflect the talent and reflected a lot of havoc wreaked on the roster as we entered the second half as well as entering the postseason and put us in a position to figure (things) out…

“We had a few guys unfortunately rehabbing during the postseason. Not ideal, but those are the type of guys that if we can get them right will give us our best chance. I think ultimately that was why we entered the postseason (in a slump). It’s just how it played out.”

Boone was brought in as manager after the Yankees did not bring back Joe Girardi after he took a young, retooling team to Game 7 of the 2017 ALCS — they may have made it to the World Series had the Astros not been stealing signs.

But since Boone’s tenure began in 2018, they have gone backwards. The team has not won three ALCS games yet since he’s been in the Bronx.

However, Cashman has all the confidence in the world that Boone is the man to lead the Yankees to the promised land.

“I think Aaron did a great job,” Cashman said. “I think he’s got a great demeanor, a great rapport with his players, and when we were firing on all cylinders and healthy, we were tough to beat. It was fun to watch… He never wavered, his staff never wavered, in terms of we can still figure this out and we’ll find a way. And that came with challenges as we entered the postseason.

Manager Aaron Boone of the New York Yankees reacts against the Houston Astros during the eighth inning of game two of the American League Championship Series at Minute Maid Park in Houston, Texas, on Oct. 20, 2022.
(Carmen Mandato/Getty Images)

“I do not question his process. I do not question his commitment with his staff and being in the best position they possibly can to make in-game decisions. They’re not easy. They’re really obviously difficult as the ebbs and flows of these innings play out and what’s available for you that day. I certainly believe in Aaron Boone and know he’s paid to the make difficult decisions on the run. I know a lot goes into them. Every one he makes, am I gonna agree with? The answer is obviously not gonna be yes. But I’m certainly not capable of managing a major league team, and there’s very few people that are. I think he’s really good at it.”

But the question remains — how in the world do they get past the Astros? The Astros have eliminated the Yankees from the postseason four times in the last eight seasons. On top of that, as Cashman noted himself, New York plays in a stacked division while teams like the Seattle Mariners and Cleveland Guardians are on the come-up.

Cashman admitted the Yankees were not better than the Astros heading into this ALCS, and they knew they’d have their hands full and have to play their best baseball.

Jeremy Pena of the Houston Astros is announced as the American League Championship Series MVP after defeating the New York Yankees in four games at Yankee Stadium in New York City on October 23, 2022.
(Elsa/Getty Images)

“It’s certainly frustrating…” he said. “Back to the drawing board. Continue to explore all opportunities, improve on what we already have control of, and import, whether it’s free agents or trades, things that can make a difference.”

The Astros are presently one win away from winning the World Series again, while the Yankees’ future remains a large question mark.