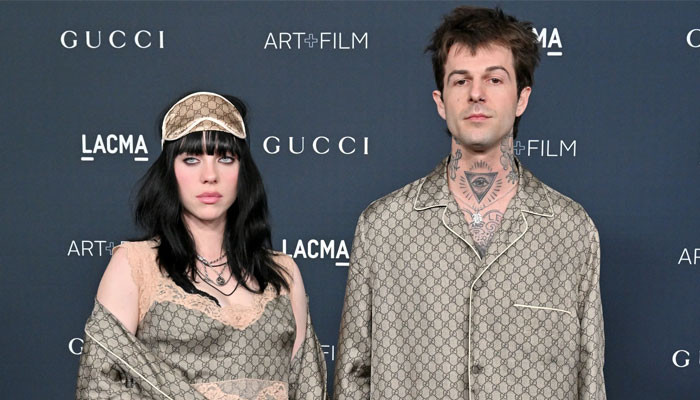 Billie Eilish couldn’t help but gush over her new romance with Jesse Rutherford.

The singer, who has done the life update interview with the outlet every year over the past few years, admitted she does have a boyfriend and she’s “really happy” with the relationship

“It’s really cool and I’m really excited and I’m really happy about it,” Eilish said of her relationship. “I managed to get…to a point in my life… where I not only was known by a person that I thought was the hottest f—ing f—er alive, but pulled his a–!”

“Are you kidding me?” she went on to ask rhetorically before miming a bow. “Can we just…round of applause for me? Thank you, Jesse Rutherford, everyone.”

Eilish continued, adding that she “locked that motherf—er down,” and that she’s “really inspired by this person, and, you know, he’s inspired by me.”

Rutherford and Eilish have been slowly bringing their relationship into the spotlight after sparking romance rumours last month and later with the red carpet debut at the LACMA Art + Film Gala 2022, wearing coordinated Gucci pyjama looks, via People. The couple — who initially met sometime during or before December 2017 — spent Halloween together this year.

Recently, Eilish’s brother Finneas O’Connell approved of the relationship in an interview with E! News at the GQ Men of the Year party last week, saying “Listen, as long as she’s happy, I’m happy.”