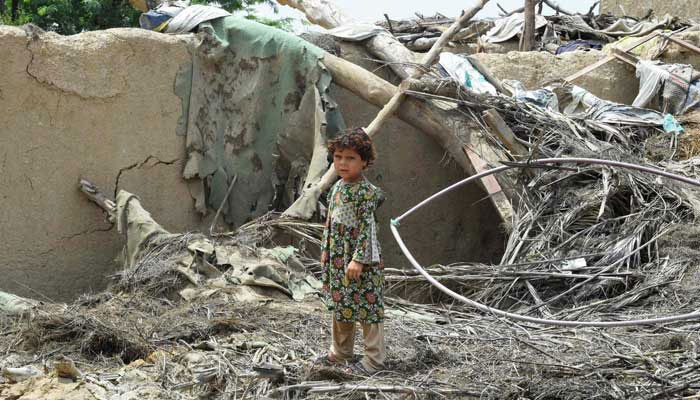 The number of people who have been killed in the province in rain and flood-related accidents since June 1 this year has reached 304, according to the Provincial Disaster Management Authority (PDMA) Balochistan.

The recent fatalities include a man, a woman, and a child, according to the PDMA report.

The PDMA report says that the overall toll includes 138 men, 74 women, and 92 children. As many as 40 deaths were reported from Quetta, 23 from Zhob and 21 from Lasbela.

According to the PDMA, crops standing on two lakh acres of land have been destroyed so far. Meanwhile, 24 bridges have been swept away in the province.

According to the data released by PDMA Balochistan, various highways covering 2,200 kilometres were also severely affected as a result of massive flooding across the province.

Heavy rains and above-average flooding brought the railways to a halt in Balochistan – one of the provinces of Pakistan worst affected by the current wet spell.