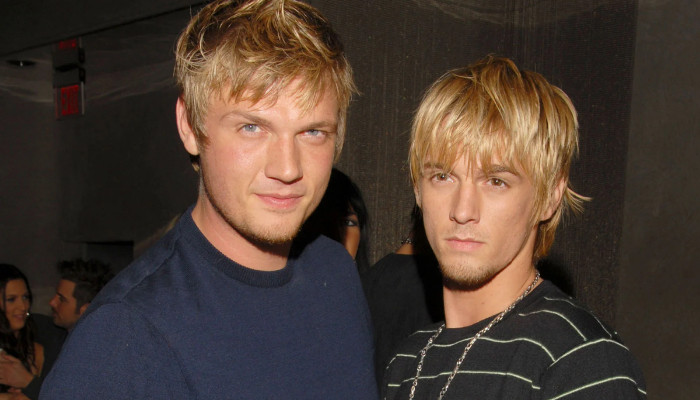 Nick Carter from the Backstreet Boys broke down in tears on stage at the band’s first show since his younger brother Aaron Carter tragically passed away at 34.

As per The Sun, Nick performed with the BSB on stage at London’s O2 Arena just a day after Aaron’s death on November 5, 2022, and dedicated a special performance of the track No Place to his little brother.

During the heart-wrenching performance, a screen at the back displayed ‘In Memorium to Aaron’ while Nick was reduced to tears before fellow bandmate Kevin Richardson stepped in front of him to thank the audience.

According to the outlet, the screen then changed to display photos of Nick with Aaron during their younger days, with bandmember AJ McLean saying, “That song is very special to us. Because that song is about family.”

AJ added, “Everybody in here, we all grew up together. We’ve been through highs and lows and ups and downs – we thank you for being with the Backstreet family for 29 years, for all the love.”

Nick was seen nodding as AJ continued, “Tonight, we’ve got a little bit of heavy hearts. Because we lost one of our family members yesterday. We just wanted to find a moment in our show to recognize him. Nick’s little brother Aaron Carter passed away yesterday.”

The group then went on to hug Nick, and continued the show with a performance of the song Incomplete, also dedicated to their ‘little brother’ Aaron.

Aaron was found dead in the bathtub at his home in Lancaster, California. While the cause of death has not been announced yet, it is pertinent to mention that Aaron had struggled with substance abuse in recent years.