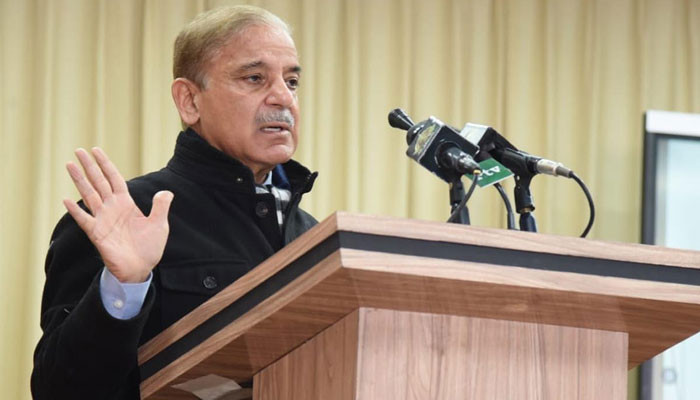 The National Austerity Committee (NAC) has suggested that multiple plots of land be reclaimed from individuals in positions of power and influence, such as civil and military bureaucrats, judges, and other members of society.

All plots given away at throwaway prices will be recovered and auctioned off to pay off the growing public debt. Top official sources confirmed to The News on Wednesday that the committee recommended reducing salaries/ perks for parliamentarians by 15 percent and reduction in government employees’ salaries by 10 percent till June 2024. The Austerity Committee recommended installation of pre-paid meters in gas and electricity sectors all over the country.

The NAC assigned the Ministry of Finance to work out the financial impact of each recommendation for attaching to the final version of the report. According to rough and initial estimates, the NAC recommendation could save the national exchequer resources ranging from Rs500 billion to Rs1,000 billion on an annual basis if implemented in its true letter and spirit.

The NAC recommended slapping a ban on foreign visits and only obligatory visits should be allowed with the permission of competent authority. It recommended the adoption of an e-procurement system at all tiers of government. “As a technocrat, we have finalised major recommendations without consideration of any powerful segments as we proposed austerity for all segments of the society, including parliamentarians, civil and military bureaucrats, judges and any other influential group,” one member of NAC told The News in background discussions held here on Wednesday.

The NAC also considered that the committee report would be tabled before the federal cabinet to get approval from the highest decision-making forum in the country.

The NAC recommended abolishing all discretionary schemes for parliamentarians. It is yet to seen how Prime Minister Shehbaz Sharif-led government is going to approve these recommendations at a time when the government has jacked up the controversial Sustainable Development Goals (SDGs) Achievement Programme from Rs68 billion to Rs89 billion for the current fiscal year. However, only recently the government increased SDGs Achievement Programme funding by Rs3 billion and it went up from Rs86 billion to Rs89 billion.

The NAC recommended that the size of the federal cabinet should not exceed more than 30 members. In case of any compulsion, other members of the federal cabinet will work on a pro bono basis. Federal and provincial lawmakers should sacrifice 15 percent of their salaries and perks. The proposed a 10 percent cut in salaries of government employees at all levels.

The NAC proposed a 15 percent reduction in the recurrent budget for all ministries/divisions for one year till June 2024. The Pension Reforms should be in place before the next budget 2023-24. The Pay and Pension Commission has not yet prepared its report, so the NAC made the recommendation to implement the pension reforms from the start of the next financial year.

The NAC also recommended abolishing discretionary funding for intelligence agencies. All allowances except part of salary should be abolished. The usage of petrol should be reduced by 30 per cent at all levels. There should be a ban on purchasing new vehicles till June 2024. There should be a complete ban on luxury vehicles such as SUVs and others. The committee recommended e-government and online meetings instead of physical presence in official meetings.

The NAC proposed outsourcing of supply of goods, a complete ban on the creation of new administrative units in all tiers of government, with a mandatory shift to daylight savings time and drastic reductions in entitlements.

This scribe contacted one member of NAC for inquiring about the deadline for submission of the report to the PM. He replied that the NAC members have finalised their recommendations and now the writing of the report was underway.

“Probably, we will submit our report by today (Thursday),” he concluded.