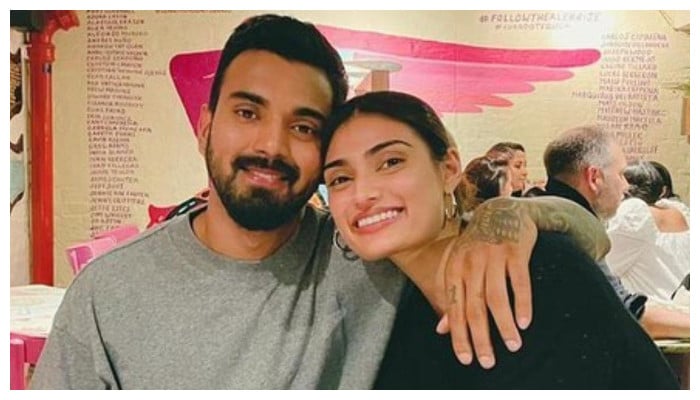 Athiya Shetty and KL Rahul will be getting married in January 2023, reports

Reportedly, the couple has been dating for the past three years and now their wedding is finally on the cards. The wedding dates were continuously pushed forward because of Rahul’s busy schedule.

The reports revealed that the wedding preps are now going on in a full swing and will most likely take place next year in January at Suniel Shetty’s Khandala bungalow.

The sources close to the development revealed added: “The wedding will be attended not just by families but also dignitaries from all walks of life. Suniel Shetty and his wife Mana want to leave no stone unturned to make sure Athiya gets her dream wedding.”

One of their common friends unveiled, said: “They have kept all the planning very hush-hush. No one knows the exact dates, but it’s most likely to happen between January and March 2023.”

Recently, when Suniel was asked about Athiya’s wedding at the trailer launch of Dharavi Bank, he replied by saying: “Jaldi hogi.”

Athiya Shetty made her relationship Instagram official with KL Rahul a few months ago, reports IndiaToday.