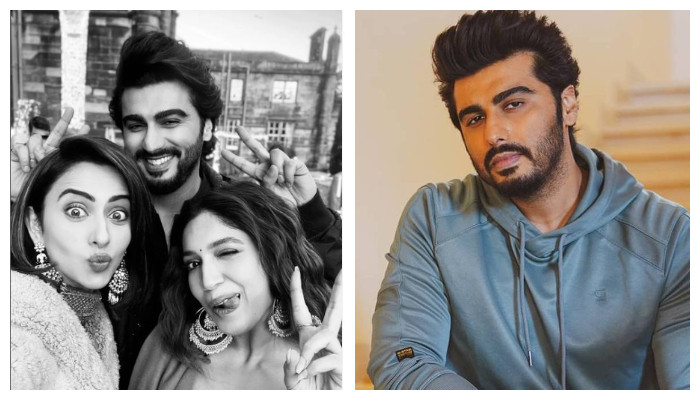 Arjun Kapoor will be collaborating with Bhumi Pednakar and Rakul Preet Singh for his upcoming untitled film.

The actor announced the exciting news in the quirkiest way possible as he shared a picture on Instagram that featured all the three stars together in a frame. Arjun looked dapper as always in a sweatshirt, while Rakul and Bhumi could be seen wearing heavy jhumkas. The trio is collaborating for a romantic comedy film for which they have completed half of the shooting schedule in London.

Singh commented on the post, wrote: “Arrre waaah!! I love the girl on your right.”

On the work front, Arjun Kapoor last appeared in film Ek Villain Returns alongside Tara Sutaria, John Abraham and Disha Patani. He further has The Lady Killer opposite Bhumi Pednekar and Kuttey with Tabu, Konkana Sen Sharma and Radhika Madan lined up next, reports IndiaToday.