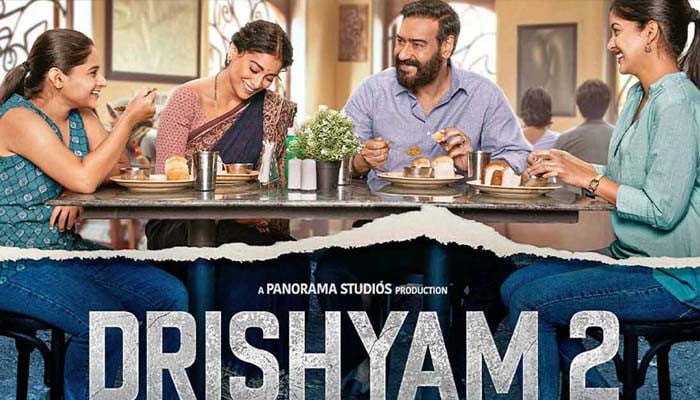 Drishyam 2 starring Ajay Devgn in the lead role has earned INR 100 crore in just one week of its release.

Director Abhishek Pathak expresses his happiness and excitement over the massive achievement. He says: “I am happy. Any filmmaker and artist love it when their work is appreciated and loved so much. We have already entered the Rs 100-crore club now.”

“In the first week, we hit the Rs 100-crore mark. It is an exciting time for all of us and we are very happy. I am looking forward to seeing more people coming and watching our film in the theatre. It is great to see this kind of scenario where people are flocking to the theatres like it’s a festival. It is also very important to everyone in the industry, added Pathak.”

As per director Drishyam 2, this figure is more than they expected for the film. “This is more than we actually thought. My numbers were close to these (figures) but, on Sunday, the collections shot up big time. Even on weekdays, the film is performing well. Those (expected box office) numbers are there, but this has grown beyond that.”

According to IndiaToday, Drishyam 2 is a sequel to the 2015 film starring Ajay Devgn, Akshaye Khanna, Tabu and Shriya Saran. The film released in theatres on November 18.