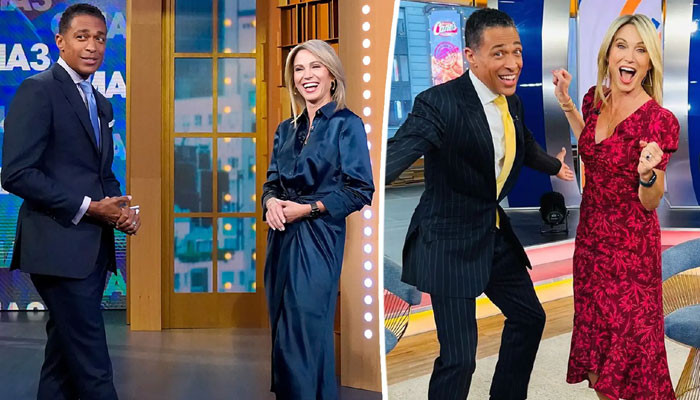 T.J. Holmes and Amy Robach’s romance ruckus are getting under the skin of ABC staffers as they are furious over the studio head honcho’s indecisiveness in worsening the matter.

According to Page Six, the studio’s employees privately are calling a spade a spade on the news boss Kim Godwin’s handling of the explosive situation.

“It’s going on two months! It’s been a two-month tabloid frenzy. The place is not in a very good place [to be],” one source confided to the outlet.

“It’s affecting morale — not so much the talent. It’s the rank-and-file — the people who keep the lights on. Morale is at an all-time low,” they added.

Meanwhile, ABC News president Godwin elbowed out the pair in December because their affair impacted the working environment and became an “internal and external distraction,” she explained in an email.

But as per an insider, staffers need help to grasp the News President’s decision to instruct them to go on air sans addressing the situation.

And later opted to pull them off the air, but explaining the affair was not a “violation of company policy.”

“Why tell people they didn’t violate anything and then take them off the air? It makes no sense.

Another source put the onus on Godwin for “lack of decisiveness”, which prolonged the drama.

“They flew him under the cover of night to host the next day, and he didn’t know that’s what he was coming for!” they claimed.

Meanwhile, ABC is reportedly still undecided on Holmes’ and Robach’s future at the studio.