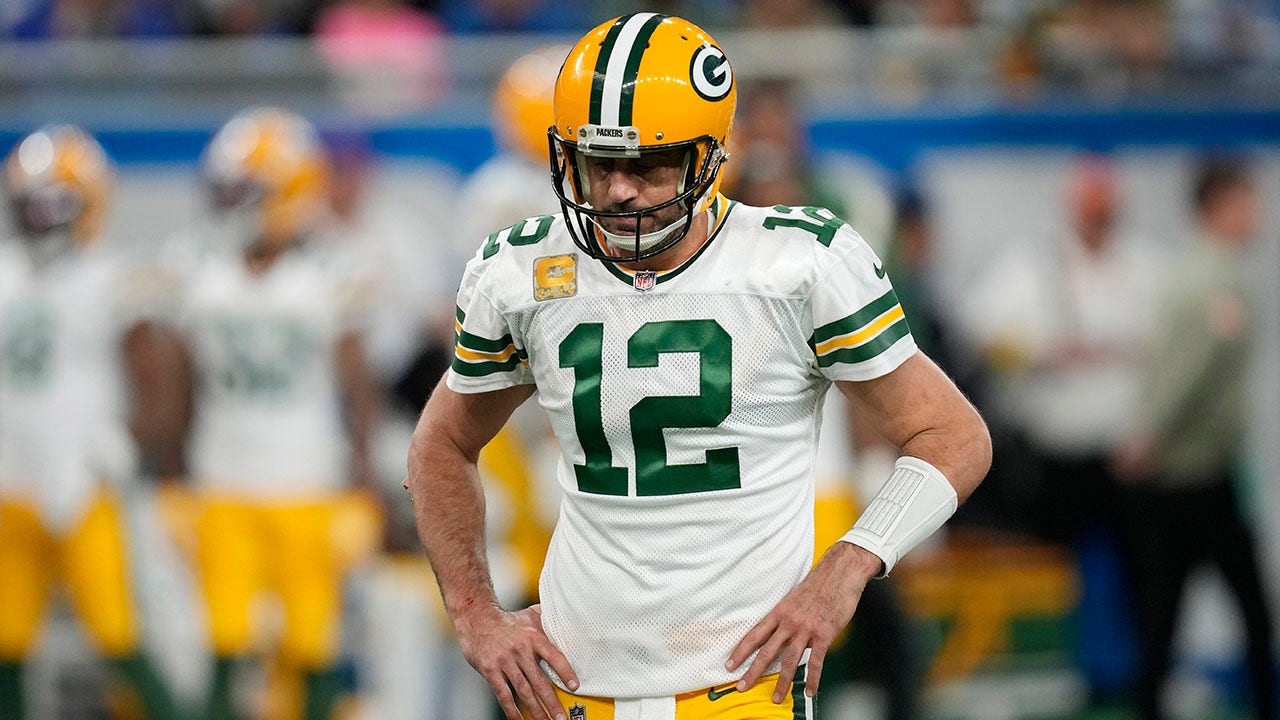 If you’re going to critique Aaron Rodgers, you better have a pretty good football resume on your hands.

Rodgers continued his struggles in the Green Bay Packers’ 15-9 loss to their NFC North rivals Detroit Lions on Sunday. In fact, he threw two red-zone interceptions in the same game for the first time in his career.

But he’s not listening to the criticism from “TV experts.”

Green Bay Packers quarterback Aaron Rodgers walks to the sideline during the second half of an NFL football game against the Detroit Lions, Sunday, Nov. 6, 2022, in Detroit.
(AP Photo/Paul Sancya)

“Look, I’ve thrown touchdown passes many times. I don’t give a s— what any of these experts say on TV have to say,” Rodgers said on his weekly spot on “The Pat McAfee Show.”

“For somebody to play armchair quarterback, who doesn’t know what the hell play we’re running, or what’s going on, that’s fine. I don’t really give a sh–, to be honest with you,” he added.

Rodgers also pointed to simple bad luck as to a reason for the five-game skid.

Rodgers threw just one touchdown to go along with his three picks on the afternoon in the team’s fifth-straight loss. He completed just 23 of his 43 pass attempts.

Surely, without Davante Adams, his surrounding talent isn’t close to what it used to be.

But a four-time MVP (including winning in each of the last two seasons), Rodgers needs to figure out something as soon as possible, because it’s getting late early in Wisconsin.